Blogging in the Cloud

Bloggers make their living over the internet. And yet, when it comes to working in the cloud, many bloggers are just as confused and hesitant as those in more traditional business settings. That’s got to change, as the cloud is really the wave of the future — and it can do a whole lot to streamline a blogger’s workday while also ensuring all of that hard work doesn’t get lost along the way.

Could there be anything better for a person whose job description can basically be summed up as, “Wearing a million and one hats”?

To get started with blogging in the cloud, we recommend reading a good cloud computing guide by Xero(plus watch the hilarious video of people trying to explain the cloud)  to master the basics. Here we also provide a deeper explanation, as well as a few tools and tricks of the trade to get you going.

Just what is the cloud?

In its simplest form, cloud computing for bloggers means storing your pictures, videos, articles and other files on a third party provider’s pooled servers rather than on your hard drive. Files are then accessed through the internet, and can be downloaded for work on your computer or mobile devices or edited on a cloud-based platform without ever being downloaded at all.

There are number of ways that cloud computing can help bloggers make their day to day life a speedy breeze. The cloud helps power:

Cloud tools can be accessed on a wide range of mobile platforms, including smartphones and tablets, which enables bloggers to work while they’re waiting around in an airport just as easily as if they were in a coffee shop. For a population heavy on people who eschew the traditional office workspace, not having to rely on a desk-bound PC or even a laptop can be a big boon to productivity and work-life balance.

Go ahead, take that blog of yours to the Caribbean without worrying about leaving a file behind on a languishing flash drive.

When you’re working directly on the cloud, you don’t have to remember to backup or, really, even to push save, as this is done automatically for you. If you’re storing files on the cloud but are working on your computer instead, backups are no more complicated, consisting of a simple drag and drop with automatic syncing, or easily scheduled for regular backup, all without you ever having to remember to plug in an external hard drive or to take it along with you to that conference.

What’s more, cloud service sites use sophisticated encryption algorithms and authentication to protect your data, so it’s probably more secure than it is simply on that external hard drive, which is easily damaged or lost.

From guest bloggers to interviewees to advertisers who want a customized look for your site, bloggers work hand in hand with a large party of people. Working in the cloud can simplify collaboration, eliminating the need to exchange edits over email in multiple versions of documents that then need to be tracked and compiled. With cloud services, simply invite collaborators to work on the file and they can do so even while you’re also making changes.

This is especially good when you’re having a Skype meeting or Google Hangout and you want collaborators to be able to see what you’re seeing as it’s being discussed.

How do cloud storage services compare?

While many cloud storage services have similarities, there are a few key differences. What works for you will depend on just how you work and what you’re looking to do.

It may sound like a no-brainer, but Google Drive works hand in hand with the entire suite of Google products, including Google Docs, Spreadsheets, Calendar, Picasa, Gmail, Hangouts — you name it. If you rely on these products, using Google Drive puts you only a click away from the rest of your activities. Need to send an attachment through Gmail that’s too large? Google Drive will pick up the slack. Want to share that Microsoft Word blogpost you backed up to the Drive? Just go to your dashboard, find the file and click “share.” On Google Drive, you can instantly edit, instantly collaborate, and instantly back up, all without a thought. They provide up to 5GB of space free, and 25GB is just $2.50 per month. The only real disadvantages here are that sometimes your files convert automatically to Google Docs when you wanted them to stay as is, and there have been some reports of files gone missing.

One of the first and most well-established players in the online storage game, Dropbox is a perennial favorite among users. That’s probably because it’s easy to use and access, with drag and drop, automatic syncing. It’s also very effective at replacing email for the exchange of files. And, like all cloud storage services, there’s no need to buy and/or install software updates, as they’re done behind the scenes and pushed out to users. The big downside to Dropbox is the security issue, as they have been hacked in the past. As such, it might be best to store non-confidential data here, like stock photos rather than your accounting. Also, you can’t work directly in Dropbox as you can with Google Drive, making it less of a collaborative tool and purely a sharing and storing system.

In contrast, Box, which in its mission is very similar to Dropbox, has advanced security features, with more opportunities for password protection and adding read-only viewers. It also allows for a more sophisticated top-down role for the owner, including such admin features as tracking just what users are doing what. This service would be best for blogs owned by multiple users or that curate heavily from outside sources and need some form of traffic control. The cost, however, is one of the highest out there, so this may be a better tool for a more traditional business environment.

Much like Google Drive, Microsoft SkyDrive allows for easy collaboration and editing, and it ties in well with Microsoft Office products. Where it’s far better than it’s competitor is in its social media tools, which are built directly into the platform. This makes sharing with a mass audience much easier. Users can work on a Word file on their computer and then finish it later on the online app, as syncing is automatic. That said, while SkyDrive offers a rich set of features, their collaboration tools just can’t match GoogleDrive, and the comparatively costly fees (though not all that high on their own) make this service logical only for those who are already reliant on the Microsoft suite. 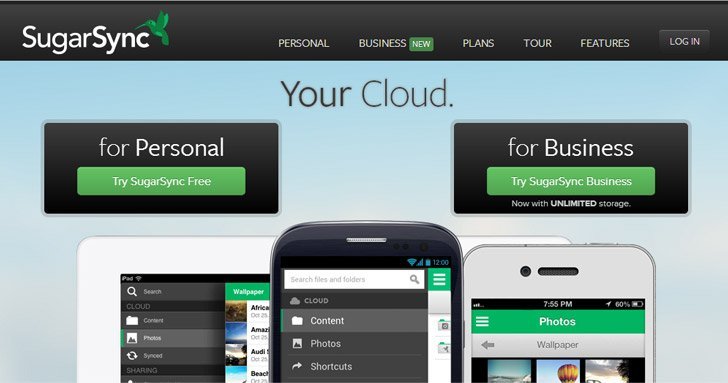 The closest competitor for this service is Dropbox, and boy, do SugarSync’s features stand tall in comparison. SugarSync integrates automatically with third party apps like Facebook, so, as you’re promoting your blog on social media, you’ll get automatic backups. You can also password protect your files, and their encryption has so far been quite strong, so they rate well on security as well. Lastly, they’ve been pretty aggressive in their pricing, making this a highly affordable option. 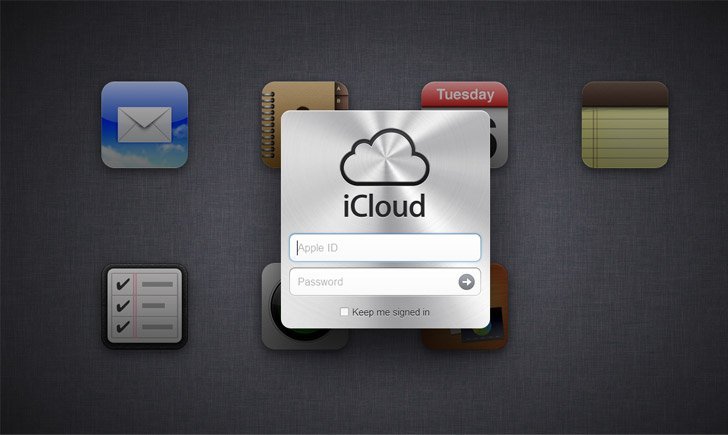 If you’re a big Apple fan and have all of the associated products, iCloud might be just right for you. The headaches of its predecessor, MobileMe, are history, and you’ll find it easy to sync across your iPhone, iPad, iPod, and computers, and always have what you need wherever you are. Like with Microsoft SkyDrive, if you’ve already got all of the products, using the same company’s cloud systems are a simple and logical way to go. However, as is also the Apple way, these services are pretty expensive, and it’s not like the company has the best track record in not using your data for clearly proprietary purposes.

In this day and age with cloud storage so readily available, there is no reason to not be using a cloud resource to make sure all your important documents are secure. As the cloud is still getting its footing, a hybrid approach to backup is the way to go.

Sure, back up to the cloud, but keep on backing up to that hard drive as well, making your data as redundant as the cloud computing companies do and working as the very model of modern convenience and flexibility.

Rob Toledo resides in the great Pacific Northwest -- A lover of all things dog, sarcasm and the great outdoors, he shops almost exclusively at Thrift Stores. He currently runs Chess Club.